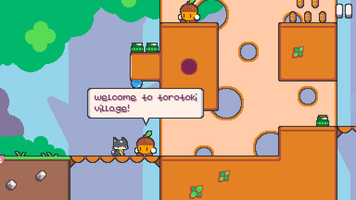 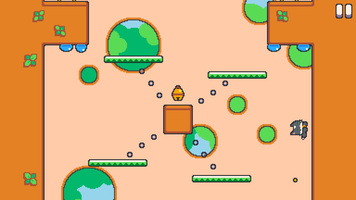 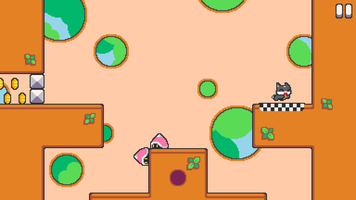 Advertisement
Super Cat Bros is 2D platformer where you have to help a group of cats throughout an epic adventure. Basically, it's like a Super Mario World, but starring cats. And that's a really good thing.

The controls in Super Cat Bros are specially designed for touch screens and are remarkably convenient. Pressing either side of the screen makes your cat move in either direction. If you double tap, you can make your cat run. Plus, your cat will automatically jump if you run to a ledge.

Throughout the more than 50 levels that make up Super Cat Bros, you can use six different cats. Each one of the cats has its own unique abilities, necessary in many cases to be able to make it through certain parts of the levels. For example, one of the cats lets you break walls by running into them.

Super Cat Bros is an outstanding platformer that offers a perfect control system for touchscreens, beautiful graphics, and a high-quality soundtrack. In short, it's an essential game for players who love not only the genre, but playing games on Android.
Reviewed by Andrés López Translated by Sarah
Advertisement

Why is this app published on Uptodown?
(More information)

There are opinions about Super Cat Bros yet. Be the first! Comment

Temple Run
Run for your life and pick up treasure as you go
Geometry Dash
A platformer to play with just one button
Sonic Forces
The Sonic characters battle it out online
Sonic Dash 2: Sonic Boom
Put on your sneakers again with Sonic
Doodle Jump
Jump without Stopping and Arrive at Doodle as High as You Can
Leap Day
Jump to get to the end of the day in this platformer
Sonic the Hedgehog
The classic. The first. The best.
Vector
Parkour's most spectacular chases

ran
News about Bundesliga and the rest of German sports
Dress Up Games
Use your fashion sense to create fantastic outfits!
Quick Game
Atm Rush
Collect money and cash out at the end
Angry Birds Dream Blast
Pop colored balls with Angry Birds
NBC Sports
Enjoy sports programs with NBC Sports
Growtopia
An MMORPG that lets you do whatever you want
yellow
An original puzzle game